In April of 2014, Rick spoke about this subject at a reunion of The Golden Brigade Chapter. The Chapter ultimately decided not to sponsor the effort, but many of Ricks fellow Vietnam Veterans encouraged Rick to push forward.

Rick became a delegate for the 82nd Airborne Division Association at the 2015 National Convention. Rick was able to bring the Monument Drive to the attention of the National Delegates. Again, the project was not adopted, but many Delegates encouraged Rick to carry on.

Rick consulted friends from the NCOC reunion, who had placed a monument on the Walk of Honor as to how to proceed. He was directed to make a contact at the National Infantry Museum. Rick was able to make a contact and spend time with the Executive Director learning the Policies and Procedures involved and also toured the available plots and chose the best site to support a Monument to the 82nd Airborne Division. It was also decided to Honor the 82 Division from WWI.

Rick began to attend every Reunion , Convention, and even Chapter meetings that he could. If Rick could get any one to listen,he used his 5 minute pitch to get the message out. Rick began to be known by many people within the Association. One of Ricks prouder moments was placing a wreath from The 82nd Airborne Association at the Vietnam Wall on Veterans day 2016.

Ed Herlihy, who was elected to lead the Association for the 2017 year, instructed Rick to form a committee. The Association would not be able to help financially, but would help put the word out and help smooth the way.

The committee was Rick Dalton, Chairman, Mike Oesch, Vice Chairman and Allen Schoppe, Treasurer.  A decision was made that in the event that too much money was gathered, any leftover funds would be donated to the Association.

In September of 2017, funds were conveyed to the National Infantry Museum to secure Plot E-5 and a contract was signed regarding the placement of the Monument. Also in 2017, work began on the website which you are viewing today and  professionals were hired to design and facilitate the construction of the Monument.

A preliminary design is expected literally any day now...

We are working towards creating a monument for the 82nd Airborne Division in Fort Benning at the National Infantry Museum.

This year is the 101st Anniversary of the 82nd Division.  A Division that has been the backbone of our Nation's military for so long and is not yet represented in our National Infantry Museum.  Help us to honor these heroes who played a critical role in the lives of each and every American providing the freedoms we all enjoy today.  They are still fighting for our freedom and protection today.

THE WALK OF HONOR

Constituted in Hawaii in 1941, The 25th Infantry Division served with distiction in WWII, Korea, Vietnam and other conflicts.

Born in 1917 for service in WWI and deactivated in 1921. Reactivated in 1940 for WWII and continuous service ever since, including Vietnam, Iraq and Afghanistan.

The 22nd Infantry Regiment, formed in 1861 , served in the Civil War and is still active today.

Rick Rescorla had a career in the British Military and then joined the United States Army. He served in Vietnam in the First Calvary Division and was awarded a Silver Star and was called The Hero of The Ia Drang Valley by some. After Vietnam, he became head of security for a major company based in the Twin Towers in New York City. On September 11, 2001, he was credited with evacuating over 2600 employees. He went back in to search for more survivors and was never seen again.

The Division should have a Monument on The Walk of Honor. Plot E-5 has been selected and secured as the future site of a Monument to the Men and Women of 82D/82nd Airborne.

DONATE TODAY TO HELP US HONOR THE 82ND AIRBORNE DIVISION!

"I think this is a fine effort" - Jim Littig

"Whatever we can do to honor our own is something I will stand behind."

"Having the privilege to serve in the 505th was something I'm very proud of and I want the 82nd to be represented at the National Infantry Museum. I encourage all who wore the All American patch to support this monument." - Norval Taliaferro

"This monument is not for the present. It will help the 99.9% who never served in the 82nd Airborne Division and all those yet unborn to understand why the past 100 years have been so important to our Nation by highlighting the famous "All Americans", "America's Guard of Honor". Airborne All Thee Way..."

"This needs to be done, and sooner rather than later." 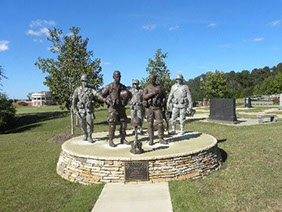 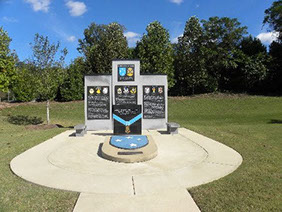 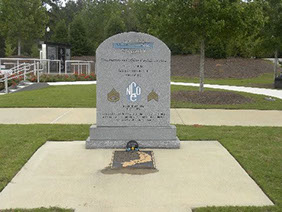 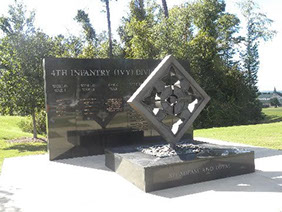 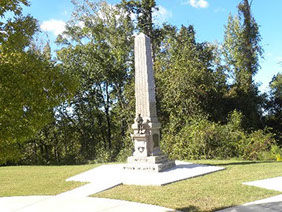 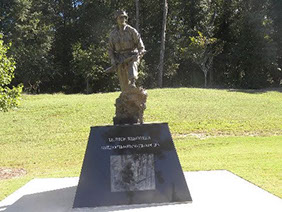 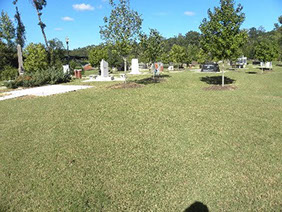